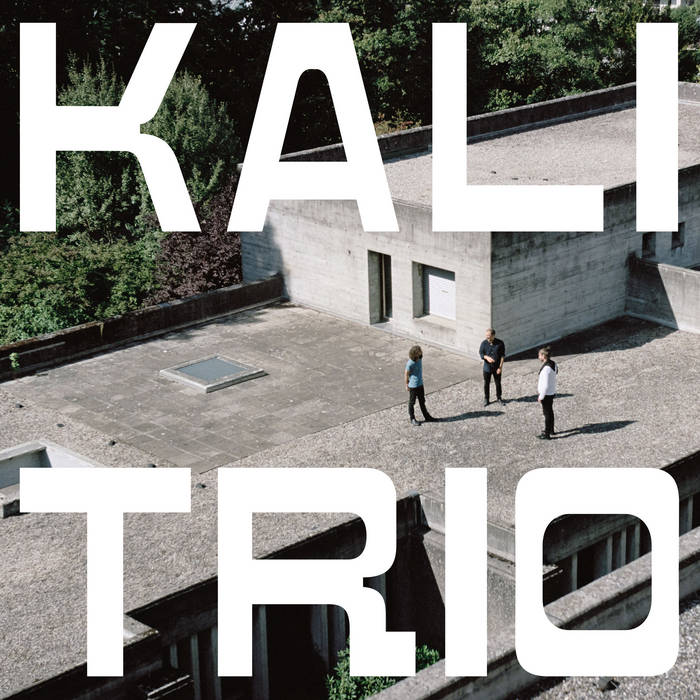 nederlanditis Might be patronising but in my ears this sounds like a fresh and welcomed moody, ambient-ish, flowing and multi-rhythmical promenading down a path The Necks started years ago. But I am love The Necks. So this is rather a compliment than a reprimand.

The word loom has two distinct meanings. It can mean a machine that weaves individual threads together to form a fabric. As a verb, it describes the action of something appearing threatening, distorted or large in scale. By calling their ambitious, sprawling sophomore album LOOM, Swiss post-genre band KALI Trio simultaneously invoke intention, process and atmosphere.


LOOM consists of only four compositions, but clocks in at a few seconds short of the 45 minute mark! It's a beast in scope, but airy (literally) in feel, hence easy to inhale. Each piece plays like the equivalent of a time-lapse of a looming cloud formation – a liquid progression of shifting shapes, changing density as well as shadow and light play. By the virtue of working with subtle iterations of form and using extended swaths of time as the equivalent of a large-scale canvas, the material evokes the mechanics of trance music. The creative use of sound design and general choice of spartan aesthetics, albeit executed using acoustic instruments, emphasise styles club-inclined and tasteful. The overall effect is cinematic and mesmeric; a sonic documentation of a daydream unraveling.

The record took three years to develop and only six days to record. It started with twenty five sketches which were developed to varying degrees and, eventually, pared–down to a final four. The recordings took place in a small underground vault, air-tight and intimate, like the final result. Although, the music is emotionally gripping – defined by a dance-floor drive and a thick cinematic atmosphere – it's hard not to notice the craftsmanship and the skill level involved in bringing these songs to life. The song Folding Space, for example, is based on a pattern in 19/8 that turns around on the offbeat against the quarter note. Transitoriness, feels like a standard four-to-the-floor, but it's actually based on an interlocking four against five against three rhythm! Shipol, on the other hand, is predicated on constantly shifting piano, snare and bass drum accents, which make the song feel as if it were performed in 7/16, and not the standard 4/4 that it is. The only composition that is somewhat stand-alone, in that it's slower than the rest, is Dry Soul. It's also the only piece that doesn't utilise a fully prepared piano. The group refers to it as their Coltrane doom-ballad. In many ways, this is the spiritual anchor for the record, giving it extra weight and providing necessary contrast.

When asked to describe their music, the band came up with: "it falls somewhere between T.C. Boyle's prose and Tarkovsky's dream-like images." It makes sense! Because the point isn't to wow listeners with technique, but to create an experience via deep affect.

KALI Trio are a Swiss post-genre band. They are: Raphael Loher (piano), Urs Müller (guitar) and Nicolas Stocker (drums). They function as a collective, with every member contributing equally to the writing and creative processes. Their latest record is titled LOOM. Their original score for Thomas Imbach's movie NEMESIS will arrive in 2021.

All Music Written and Arranged by KALI Trio