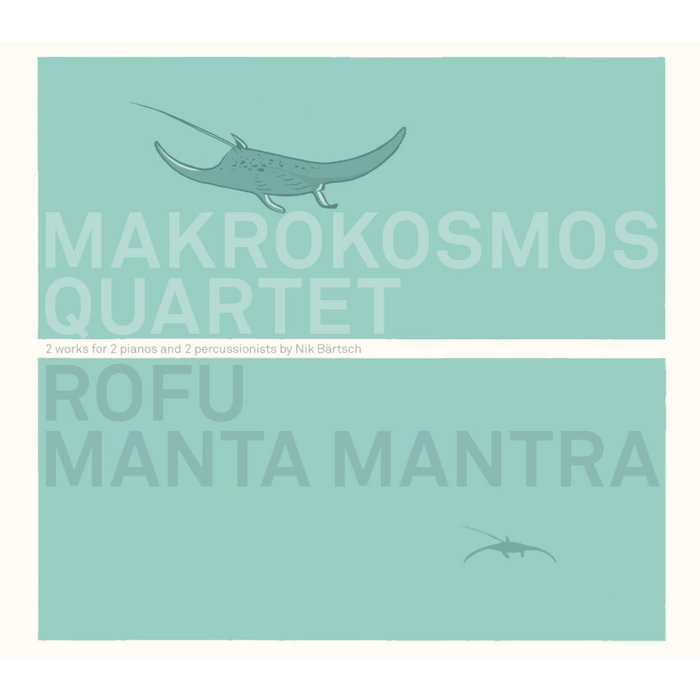 The Makrokosmos Quartet is a Swiss quartet based in Geneva, Switzerland. The group takes its name from the eponymous music of George Crumb, itself conjuring up the magical possibilities of such an instrumental line-up. Alongside the great classic masterworks of the genre - the Sonata for 2 pianos and percussion by Béla Bartók; Le Sacre du Printemps by Igor Stravinsky and Music for a Summer Evening - Makrokosmos III by George Crumb, the Makrokosmos Quartet continues to forge its own new identity working hand-in-hand with composers in exploring the instrumental format of 2 pianos + 2 percussions to create a new voice and a new music for the 21st century. From its inception, Makrokosmos has commissioned and performed many works by the world’s leading composers such as Luciano Berio, Ivan Fedele, Stefano Gervasoni, Georg Friedrich Haas, Bernhard Lang, Enno Poppe, Steve Reich & Wolfgang Rihm.

Furthermore, the quartet has also widened its repertoire by commissioning other composers like the Swiss Nik Bärtsch to reach even wider audiences. Among their collaborations we can find different orchestras, choirs and ensembles such us Ensemble Contrechamps, the RIAS Kammerchor Berlin, l'Orchestre de Chambre de Genève or recently the Spanish dancer Andrés Marín.

The quartet has been broadcast on radio worldwide and has several highly acclaimed CDs including 'Magical worlds of Sound' (Crumb, Gervasoni Haas) & 'Round Midnight' inspired by Thelonius Monk (Schneller, Gregorio, Ferrero & Stefan Wirth ).

All music composed by Nik Bärtsch.

Mixed and mastered by Andreas Brüll and Nik Bärtsch.

If you like ROFU, MANTA MANTRA (2 works for 2 pianos and 2 percussionists by Nik Bärtsch), you may also like: