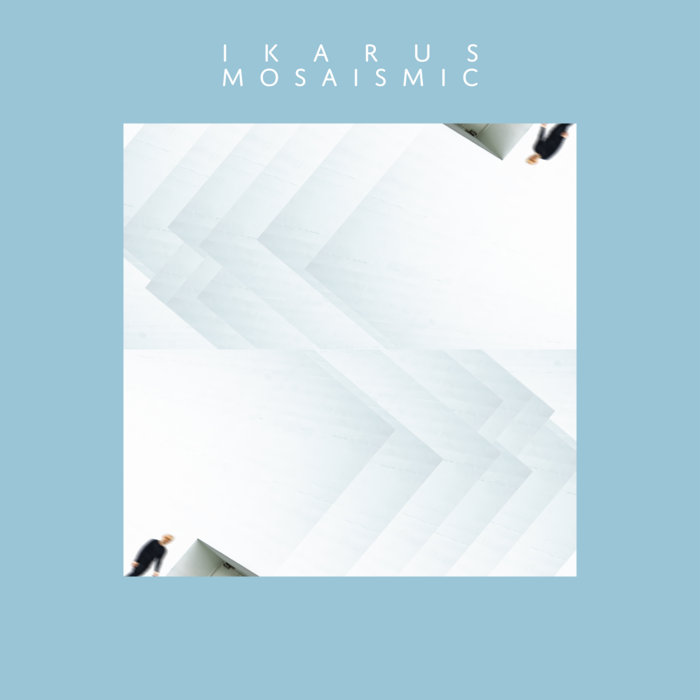 derek adams This is an absolutely stunning record. So, so beautiful and utterly singular. I will be following Ikarus closely from this point Favorite track: Oumuamua.

Carsten Pieper Another thanks to iapetus' "flack briday" reminded purchase!
I think this is the 3rd album by this fabulous Swiss band. The title is a clever mashup of mosaic and seismic, so expect several things to collide here while keeping the big picture. Astoundingly abstract though accessible music from polyrhythmic heaven... (and in shiny HD, 96/24!) Favorite track: Meridian.

Taylor Davalos As a rule, I make a point to listen to any album in full before buying. In this case, I wasn't able to make it all the way through without pulling the trigger. Ikarus is every bit on point as on previous albums, if not more so.

sumbuk This is a no-brainer pre-order. The music is a minimalist Zen Funk (kudos to Dee Ethier for that description) groove jazz with scat vocals. I love what these people do.

A curious thing happens to a band as its sound matures. As the voices of its players continue to fuse ever more seamlessly, their individual styles also come into focus with increasing clarity. In its most literal reading, this is the key idea behind MOSAISMIC, the title of the third full-length record from Swiss contemporary / groove / jazz quintet IKARUS. The word itself was created from the combination of the words: “mosaic” and “seismic”. Mosaic, of course, implies a series of independent elements, which form a pattern or a picture. Seismic, on the other hand, denotes the energy expressed in the form of vibration, which is released by the movement, collision or friction of landmasses.

When every musicians ideas are expressed clearly, and the ear zooms away from the individual pieces, something bigger and more beautiful emerges. At times our opinions clash like tectonic plates and this produces something of a productive earthquake. The energy released then is also registered on the recordings, which definitely reverberates in the listener. – Ramón Oliveras

MOSAISMIC is a record of beautiful contrasts. It’s minimal and austere formally, yet rhapsodic in affect. It invokes organic forms and then juxtaposes them with percussive renditions of angular spaces as elicited by a modern, urban, architectural sprawl. It’s quiet and spacious, at times eruptive and dense. From a compositional point of view the songs here have a tendency towards straightforward, linear melodies – written against each other. As they evolve, they perpetually produce new harmonic and rhythmic relationships. The effect is an ever-shifting sound mosaic, a sonic mobile of sorts.

I wrote this material during my yearlong stay in Berlin. I listened to a lot of electronic music at this time and I also had the opportunity to experience it in gorgeous industrial spaces such as the Kraftwerk or Berghain. You can hear allusions to these experiences on Meridian or the new version of Sub Zero. I gave the music a finishing touch in São Paulo. The playful Brazilian architecture of Oscar Niemeyer and Lina Bo Bardi, and the constant exposure to all these local grooves definitely had an influence on some pieces, as you can hear on Mondrian, Oumuamua or the new version of Ligulin. – Ramón Oliveras

MOSAISMIC was recorded at the Fattoria Musica studio located in Osnabrück, Germany, in three very long days, and was co-produced by Nik Bärtsch. The band arrived at the studio right after a series of concerts, hence the presence and the chemistry captured on the recordings. Those who like to soak up their music on headphones might also discover some quirky details buried in the mix: the crackling of a fireplace, the rattling of a chain placed on the strings of the piano, the use of e-bow etc.

With Ikarus, the studio recordings are more of an image of the current state of the project. If you see us playing live in a year from now, the same pieces will sound very different from what’s on the record. The idea of an ongoing evolution and the material being in constant flux became even more important for me in recent years. Sometimes I even wish that this record wouldn’t have so many new songs on it. (laughs) – Ramón Oliveras

Produced and released with the support of Popkredit, Kanton Zürich and C. u. A Kupper-Stiftung